The 1st beat is almost similar to the 1st letter.

There are only two patterns.

“Fall [core] of accent” is a point where a tone goes down.
“Fall” means “waterfall” or “cascade”.

Only one “Fall of accent” per one chunk

There is only one “Fall of accent” per one chunk, usually almost one word.

You can’t rise again if you’ve fallen a waterfall.
Never.

I said “chunk”, because it’s not always a word but some words including particles が、に、を、は (ga, ni, o, wa).
You might say as one chunk speaking with normal speed, but you might say separately some chunks speaking slowly.

The “Fall of accent” is very important to distinguish a chunk from another.

Japanese particles are put just after nouns.
They are said “post-position [positive] (s)”.

Most English particle are put just before nouns.
Then they are said “pre-position [positive] (s)”. 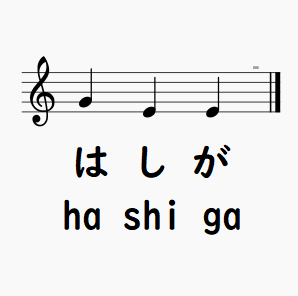 Once tone went down, never would rise again including following particle.

We actually pronounce “tanpopo” like “tampopo”.
I’ll explain it on another article. 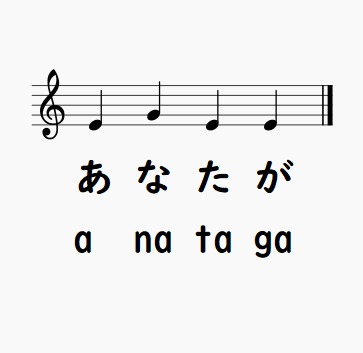 Once tone went down, never would rise again including following particle.

If a word has some letters, high part and low part will continue.
But is only one “Fall of accent”.
L/H～H\L～L 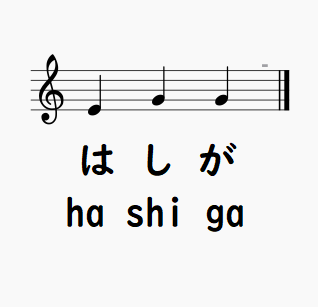 A word will go down at its end in three other pattern , but only “flat” will maintain high including following particle.
I mean, “flat” has no “Fall of accent”!

Difference between tail-high and flat

Both of word end will keep high.

There are many loanwords or imported words especially English.
They will tend to flatten if they would have left from images of foreign words but become common as Japanese words.

We say it “arbitrary”.

You can see in loanwords, especially in country names.

I have no idea for tail-high.
First of all, there are few tail-high in Japanese.